About the Colin Pearce logo

My grandson says it’s a Siamese cat’s eye. A couple of unkind friends have suggested it’s one of the many marbles I’ve lost. My coffee-shop man says my polo shirt with this logo on it makes it look like I’m selling Christmas baubles.
Thanking them all for their suggestions I have to tell you, it’s a flame shining in the world.

My logo has faith and social connotations.

The well respected artist, the late Terry Lewitzka made the first version in 1987. It went along nicely with my stylised signature.

Apart from the idea of the flame which I will explain in a moment, I wanted it to have the elements of energy, forward drive and shining the way forward for other people. It was the 80s after all, and they were some of the in-vogue ideals.

As the years passed, every Dick, Tom and Harriet used the idea of an Olympic torch and a flame and it became Ho-Hum 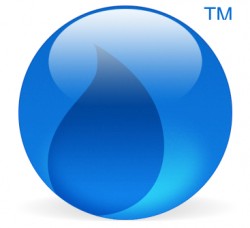 Fortunately one of my clever designer twin sons, Simon of Frame Creative gave the concept a face lift and I’ve loved it ever since.

I love the Bible. I grew up learning chunks of it by heart, being taught from it and sometimes teaching and preaching from it. Most people who knock it have no idea what’s in it or what it’s about so I really don’t take a lot of notice of their opinion. I endeavour to read through it every year to remind myself of the rewards of right living, the foolishness of the human heart — my own particularly, and the love of God.

I have several really favourite bits. One of them is from Proverbs 3:5, 6. It was my mother’s motto. Trust in the Lord with all your heart, and lean not on your own understanding. In all your ways acknowledge Him and He shall direct your paths.
Looking back, I’ve found that has been an absolute.

My other favourite is Matthew 5:16 from Jesus’ famous Sermon on the Mount.

Let your light so shine before men, that they shall see your good works and glorify your Father who is in heaven.

To me that’s the whole point of my having been sent to Planet Earth for a while. The old Westminster Confession’s first article puts it simply, The chief end of man is to glorify God and enjoy Him forever.

So in writing, speaking, coaching, daily going about, if someone notices a chink of light coming from me and throws me an honour instead of glorifying God, I will have missed something. From where I stand inside this suit of dust and water, I look at life in the way Charles Haddon Spurgeon, the silver-tongued preacher of the 19th century put it, When thou hast fought well O Christian, note well who it is that hath fashioned thine armour.