Would you like to swing on a star, or be the star itself?

“Swinging on a Star” is an American pop song introduced by Bing Crosby in the 1944 film ‘Going My Way’. It won the Academy Award that year for best original song
The music was composed by Jimmy Van Heusen and the lyric by Johnny Burke.

You will recognise it from the chorus

Would you like to swing on a star
Carry moonbeams home in a jar
And be better off than you are
Or would you rather be a mule?

Each verse offers you the alternate life of a pig and a fish with funny interpretations of their ways, none of which are very flattering to the person who has no aspirations about swinging on a star.

It’s just a fun song and there’s not worth reading into it, other than this:

I would like to re-phrase the last line for the purposes of this article.

Would you like to swing on a star
Carry moonbeams home in a jar
And be better off than you are
Or would you rather BE THE STAR? 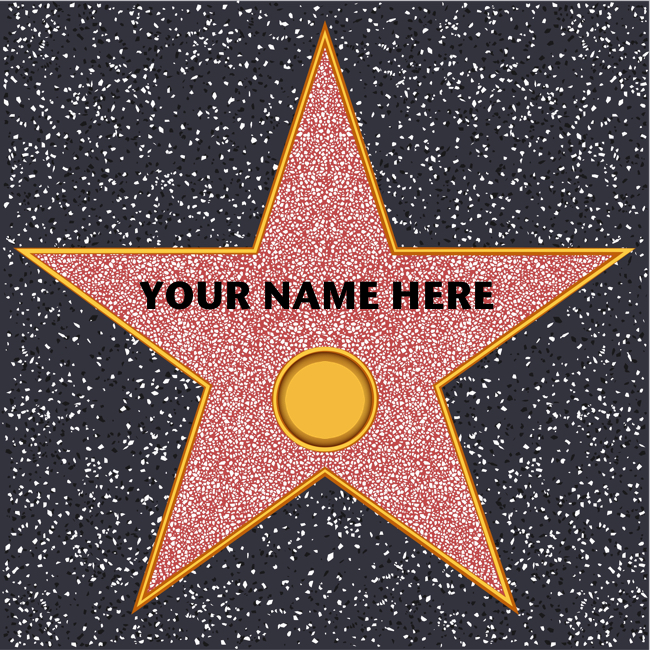 Being a star sure beats being a say nothing, do nothing, be nothing person.

WHAT IS A STAR ANYWAY?
WHY YOU MIGHT NOT WANT TO BE A STAR
WHY BEING A STAR IS THE NATURAL WAY
YOU ARE A STAR ALREADY
HOW YOU CAN BE A STAR

WHAT IS A STAR ANYWAY?
Megan Garber wrote a well-researched article in The Atlantic about the origins of the common use of the word ‘star’ when referring to celebrities. You can follow the reference and read it yourself. I can’t add to her effective interpretation.

For Gerber a star was so named in ancient times – and modern – because, like the actual celestial stars, he or she appears to stand on a plane between us and God (or gods). They are an ideal or better version of humanity, gifted, honoured, adored and even in the spotlight, ‘they seem to have an incandescence of their own’.

So if I offer to call you a star or even make you a star I am inviting you to join the bright array of those who stand out, who light darkness, who excel, who are not oblivious to the opportunities serve others.

WHY YOU MIGHT NOT WANT TO BE A STAR

There’s a strange dichotomy about stardom.

On one hand, we blush and gush in the presence of someone else whom we perceive to be a star. I’ve seen hardened social cynics point to ‘stars’ in a crowd and mutter their name in a subdued kind of awe – no screaming or selfie-seeking like a ‘star-struck’ teenager, but all the same, priding themselves on their ability to single out a celebrity in a crowd.

Star So and so was on our flight.
I saw star Whatsy having dinner in a restaurant.
Star Thingy came into our shop today.
Star Thingamabob was in the airport lounge. She’s shorter than I thought.

But when I ask people if they themselves would like to be a star—a star speaker, a star storyteller, a star sales-person, even a star athlete, they shrink back as if I’ve asked them to empty the cat box into their hat.

Those people keep both mindsets running on parallel rails and in opposite directions.

For those folks, it feels too grand to be called a ‘star’. They are endowed with so much self-doubt and fear, it stifles them. We’re all a bit like that.

How do self-doubt and fear manifest itself, even with you?

I got used to it. It’s a pain to live with because my levels of self doubt, my experiences of blowing relationships or opportunities, and my critics’ uninvited criticisms fight with my experience of winning on so many fronts and they rage in my head all day, every day.

But what do you do? Curl up in the foetal position and wait to be carted off in a long box covered in flowers? No. There’s something fantastic going on in all of us, but not all of us recognise it.

WHY BEING A STAR IS THE NATURAL THING

From the moment we were created a little taller than the grass and a little shorter than the angels our primal DNA has been driving all of us to be on a path of advancement.

Think about it. And think about all your achievements.

> You weren’t satisfied with lying on your back all day. You reached for things and tasted them.
> Then one day you got sick of the ceiling and rolled over to examine the floor.
> You weren’t satisfied with lying on your tummy all day. You rolled around.
> Then you crawled.
> You explored.
> Then you stood up and not long after that you walked.
> When you fell over, you got right back up. Because you were full of a secret urging that there would be something exciting coming along any second.
> Next you got sick of not being understood and wasting your efforts on crying for what you wanted and started using words.
> Then saying the ends of rhymes. Then sentences. Then songs.
> There was finger painting at kindergarten, skipping, whistling, running, chasing and making friends.
> You began to experience affirmation and you loved it.

In your own little world, you were the star and you thought nothing negative about it.

A three-year-old I knew asked his parents if he would be the smartest boy at school. They tried to get him to think modestly and asked why he wanted to know.
‘I think it’s only fair to the other children that I tell them’, he said.
They spent some time explaining why that was not a socially acceptable (or safe) idea and he was satisfied.
He came back a few minutes later beaming with genius and said,
‘I know. I’ll just write it on a tee-shirt.

Gorgeous. All the confidence and fearlessness in the world.

So what happened to us? How come there are so much fear and self-doubt when we were born without any?

Throughout life, the odd failure, a disappointment here or there, an unrealised ambition, a broken dream, the occasional personal embarrassment, bullying, criticism from others—from relatives, teachers, peers, and strangers all lay down that grubby layer of fear and self-doubt I mentioned. Consequently, some people settle for mediocrity, ho-hum, half-baked, cold fish, warm pie or ‘whatever.’

But if I offered a course called ‘The Flop Maker: How to be so useless they forget all about you’, I’d get no takers.

You wouldn’t apply for this course would you?

Only those poor spirits who sadly, are seriously emotionally disabled are ever satisfied with being grey, bland, tasteless, beige or colourless.

But that’s not you.

YOU ARE A STAR ALREADY

You actually want to be better at a whole raft of things.


The crud that’s rendered some other people useless, has not had the same effect on you. You’ve also had failure, a disappointment here or there, an unrealised ambition, a broken dream, the occasional personal embarrassment, bullying, criticism from others—from relatives, teachers, peers, and strangers but you have made yourself impervious to the lot and here you are, poised to take the next leap into an even brighter form of stardom.

HOW YOU CAN BE A STAR

This needs close up and personal coaching and you can’t get that from a book or an online course or a video.

If you’ll allow me to lay out an invitation, I have some openings in my schedule left for three new Starmaker clients this Autumn/Winter. Tell me about your need when send this prepared email.