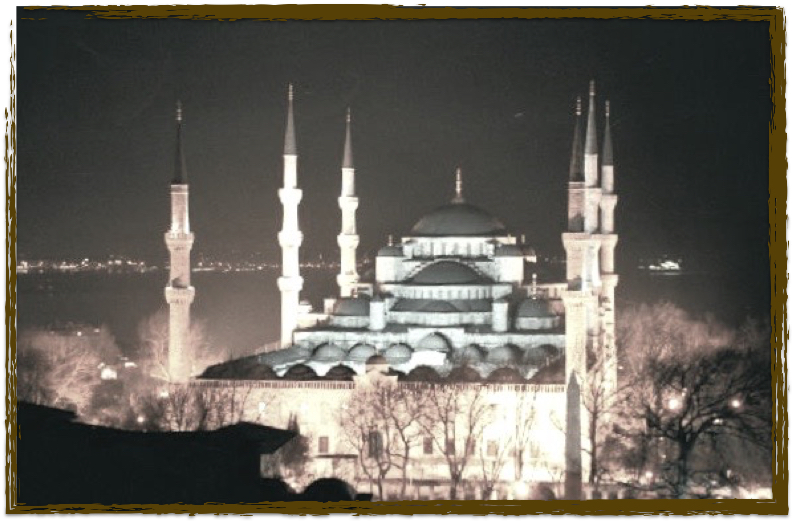 Islam and the West and you

Do you see what Islam is doing?

Islam is once more playing a major part in Western history. The last time its followers caused a big upheaval was after the fall of Constantinople on Tuesday, 29 May 1453 brought on by Sultan Mehmed II, the Conqueror.

NOTE: By the way, for the fidgety among my readers, this is neither a religious (anti-Islam or pro-Islam) nor racist discussion.  It’s purely geo-political.

Two consequences followed the fall (or taking, depending how you look at it) of Constantinople.
Simply put, Latin Intellectuals and Greek scholars fled the city to Europe and in one way and another birthed the Renaissance. And here we are today.
The Silk Road slammed shut and everything the West had come to depend on as coming from Asia dried up. No pepper for your morning egg, no silk for your sheets, no perfumes, medicines or slaves, etc … This forced Columbus to go west and Vasco da Gama to sail south and east to try to restore the supplies of goodies. And here we are today.

I have no idea what they’ll be writing and saying about this current era in 50 years’ time, but there will be commentaries that reflect on how the world changed as a consequence of the Middle Eastern/North African shifts in Islamic behaviour. Your grand children will be referring to how you rose or fell personally in the wake of the Islamic influence on the geo-political sphere ‘in the olden days, way back in 2000teens’ as they’ll call it.

See how WW I Germany’s behaviour altered borders, manufacturing and social norms. Hitler’s role in Europe changed the world and resulted in mass migrations, waves of refugees, the State of Israel, space rocketry, satellite telecommunications. See how Stalin’s effect worked on the world? See how the emergence of China has altered life so much? See how those large people events had implications ordinary people did not see coming.

Columbus particularly (just after the ‘fall’ of Constantinople) is noted as someone who could read the tides and times and who for 28 years gestated his ‘Quest for the Indies’. Everything he saw in geography, current affairs and politics spurred his belief that he was born for the task of establishing MacDonalds, Coca Cola, Ford and KFC. (so to speak. You can read about his quest in my book, ‘This Glorious Quest, Find and Fulfil your dreams.’)
Great stuff will come from these horrendous days too. It will be bad for some and good for others, so stay awake and read ahead. There’s more to this than prejudice, hatred of Islam and/or the West and suicide bombers.

My Kick in the Pants for you: Think how you are going to seize the day that is ahead. If Michelangelo Sir Isaac Newton, tomato sauce, potato chips and the Beatles came out of the last Islamic upheaval, what might be in this one for you – and your children – and grandchildren – and great grand children?